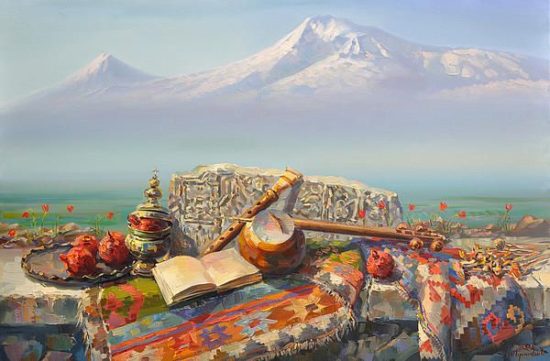 Facts about Armenian culture are countless. These countless things make Armenia one of the most unique, special and must-visit counties of the world

When you hear some country’s name for the first time, what do you think right after?
Yes, we know that you’re not after politics, economy and all the boring stuff. People usually tend to know more about culture, traditions.
What kind of a country is it, what are people like, what is special about that country?
The uniqueness of Armenia, one of the most ancient countries of the world is emphasized thanks to its culture and traditions as well. We can speak about Armenian culture endlessly.
You can find tones of book about each aspect of the Armenian culture, each tradition and anything that Armenia is famous for.
So, to make it easy for you, we have chosen some of the most interesting and fun facts about Armenian culture and traditions.

The only Country that Owns the “Copyright” of Khachkars

Armenia is situated in the unique crossroad of Europe and Asia. So, you might find lot of cultural elements that have found their unique reflection in Armenian culture as well. However, there are some cultural elements that you’ll hardy meet in any other culture.
Khachkars are one of them. The name “khachkar” is translated as “cross-stone”. Khachkars are typically Armenian, identifying Christian culture in Armenia. The main topic of khachkars are carved crosses on the rock, though you rarely you may meet khachkars with other images.

Fun fact
You’ll never meet 2 of the same Kachkars. Every khachkar is unique and is never copied. This fascinating fact about Armenian culture may make you more interested in it.
The first khachkars appeared in 9th century. Since 2010 khachkars are included UNESCO list of Intangible Cultural Heritage. 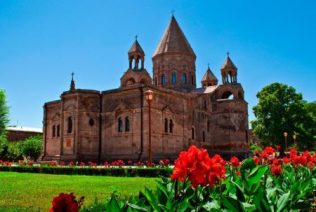 One of a Kind Church Architecture

Armenia is known for its oldest churches. Armenia is the first country to adopt Christianity in 301 AD. You can meet quite a lot of ancient monasteries in Armenia. The first church is Etchmiadzin Cathedral which is built in the 4th century.
The church was built soon after the adoption of Christianity as a state religion. The place of the church was chosen according to Gregory the Illuminator’s vision. The Etchmiadzin Cathedral is a perfect demonstration of ancient Armenian Architecture and is one of those places you should visit while being in Armenia. 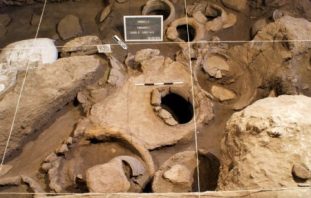 Oldest winery in the world in Armenia, village of Areni
Talking about cultural treasures of Armenia and despising wine production of Armenia would be unfair. The oldest winery of the world was discovered in Armenia. According to archeological researches the winery is dated to 4100 BC.
The wine production is said to be so developed already in 4100 BC, that the scholars believe the roots of it draws back to more ancient times. The tradition of wine making is carefully preserved till our days.
Currently Armenia is a large wine producer. Armenian climate is very favorable for wine making. So, if you haven’t tried Armenian wine yet, don’t put it over! 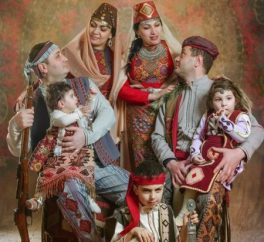 Families have always been a subject of greatest importance and pride for Armenians. The atmosphere in Armenian families is always warm. Traditionally Armenians were used to having extended families.
Armenians approach to the concept of family very responsively. The head of the family is the oldest member of the family. The other members respect him and consult with him in everything they do.
However, the image of Armenian families gradually changes. Younger generations are more inclined to forming their own nuclear families without older members

Seven Days and Nights of Wedding?

Armenian weddings are the most colorful ceremonies flavored with quite a lot of traditional elements. Traditionally Armenians used to celebrate wedding seven days and seven nights, however this tradition is nowadays too old-fashioned.
Lot of guests and lot of fun: this is how Armenian weddings may be described. Jewelry is most common present in Armenian weddings.
Another important component of Armenian wedding is so called “God family”. As a rule, “God family” is chosen the family who has the closest relations with the couple.

Children are Sacred in Armenian Families

There are usually 2 children in Armenian families these days
Traditionally Armenians were fond of having lot of children and big families. However, the tradition is partly faded.

You can hardly see this kind of families especially at the city. The tradition of having lot of children is somehow kept in rural areas. The role of a male child is especially highly praised in Armenian families.
The first male child is usually named in the honor of his fraternal grandfather. It is accepted not to show the newborn child to anybody except the closest relatives for 40 days after birth.
It’s kind of a superstition, but also has some medical explanation. Newborns are very vulnerable and need to be protected from all kinds of possible bacteria.

From Military to Circle Dances, Armenians Love to Dance

Facts about Armenian Culture #8: Haven’t You Enjoyed Armenian Hospitality Yet?

If you’re at least a bit interested in Armenian traditions and culture, then you’ve probably heard “legends” about Armenian hospitality.
Indeed, Armenians are rather hospitable and friendly nation. If you’re a guest in an Armenian family, drinking, eating and feeling free is a must.
Armenians have special respect towards their guest and do all their best to comfort and please them.
Facts about Armenian Culture #9: We Could Not Go Without Traditional Clothing

Facts about Armenian Culture #10: Armenians Have the Coolest Holidays

Newly-wed couple jumbes over the fire on famous “Trndez” day
Another fun fact about Armenian culture: Armenian holidays include in themselves fragments of both Christian culture and Pagan culture.
The reason of this was deeply rooted pagan traditions among Armenians. After the adoption of Christianity in 301 AD Armenians were not fully engaged in Christian culture and sometimes it was even hard for them not to celebrate some of their most favorite holidays.
So, Armenian Apostolic Church has found a rather peculiar solution for this problem. The church has taken some of the most favorite Pagan holidays and changing its theme made it Christian celebrations.
For example, holiday of “Trndez” is one of those holidays which come from Pagan times. According to this holiday tradition newlywed couple jump over the fire and defecate themselves from evil and misfortune.
“Surb Sarkis” is a typical Christian holiday. This is a holiday of lovers. You may be surprised but Armenians celebrate “Surb Sarkis” instead of Valentine. This day girls bake special salty cookie which is called “Aghiblit”.
The cookie is eaten before sleeping and he, who comes and gives water to her in her dream, is to be her future husband.

One thought on “10 Facts about Armenian Culture & Tradition You May Not Know!”